Literally every single interaction I have had with Krishna has been interesting – for the lack of a better word. There isn’t really a word that can do justice to the feelings of wonder, admiration and amusement that he would always bring out in the people he interacted with. In this sense, I have been incredibly blessed to have the chance to spend so much time with Krishna.

Krishna and the City of Seattle

As much as we are alike, it’s what makes Krishna different that makes all our conversations so memorable. I’m not exaggerating when I say that my life in Seattle would have been bland and repetitive if not for his unique way of doing things. For starters, in my mind, he is the ultimate Seattle tour guide. Almost all of what I know about the city – even after having spent 3 years there – is knowledge that has come from Krishna. He taught me about the story of the space needle, the Fremont Sunday market, the naming convention behind Seattle’s streets, the art at Olympic Sculpture Park, the statues and art in Fremont, the rich estate around Capitol Hill, and the incredible views from Newcastle Golf Course – and that’s just the tip of the iceberg. In fact, his conversations run so deep, that he would often tell me about the history behind the owners of his favorite local Capitol Hill restaurants and cafes.

Krishna taught me to truly appreciate the people and the community around me. I was – and still am – looking forward to the day that Krishna makes his way to San Francisco and makes it more of a home for me.

Krishna and the Spreadsheet

Anyone who has known Krishna has had at least one mind-blowing experience with his spreadsheet. I would argue that that single document has more interesting information than most of what I have stumbled upon online. First, a quick story about the spreadsheet:

A group of us had just left Regal cinemas in downtown Seattle after watching some ridiculous slapstick comedy that left Krishna less than impressed. “Ok this proves it – 2012 is on average a worse year for movies than any of the past 3 years”, he said at the time. If anyone else had said that, I would have brushed it off as an exaggerated, but understandable reaction to an honestly terrible movie. But with Krishna, there was always a purpose and fact to everything he said. So I quizzed him on it. “Well, my spreadsheet tells me that I have watched approximately the same number of movies during each of the last 4 years, but my average rating for the movies I’ve seen in 2012 is 2 points lower than my ratings from the previous years.” This was my first encounter with the famous spreadsheet and I was fascinated. Krishna ended up using his phone to show me all his movie data in some neat graphs. This data included what movies he watched, where he watched them, whom he watched them with, the language of the movie and his rating. After sifting through all the graphs, he attributed the lower ratings in 2012 to the higher percentage of crappy Bollywood movies he had seen that year. Since then and till today, he refuses to watch a Hindi movie unless some of his “trusted sources” gives him the thumbs-up.

If a picture speaks a thousand words, Krishna proves that a spreadsheet speaks millions. It speaks of his attention to detail and his obsession with knowing everything – about himself and his surroundings. To Krishna, knowledge represents the power to change the way he lives and make better decisions for himself and the people around him.

Perhaps Krishna’s most endearing trait – and definitely the part of him I will miss the most until his return – is his ability to give constantly without expecting anything back. In my experience, my friends have always fallen into a combination of two buckets: those that are always there for me when I really need them (my close friends) and those that I really enjoy spending time with on a daily basis, but who wouldn’t necessarily go out of the way to help me out. While Krishna fell into the first bucket, he also created a third. He is one of the only people I know who helps the people around him before they know they need help and without them actually realizing they needed it in the first place.

I could bank on getting an email from Krishna if there was a 520-bridge closure a few hours before it happened, so that I wouldn’t get stuck in a bus during that time. Is it time to pay taxes? Well there’s that email from Krishna briefing me on the best strategies to avoid tax penalties and the best tax management systems. I would get this every year and without prompt. At no point did Krishna learn about something without making sure the people around him saw the same benefits that he did.

As much as Krishna did enjoy his time alone, nothing brought him as much joy as giving to others in some way or form. When my parents were in Seattle 2 years ago, Krishna picked them up from the airport and took them around the city for several hours, showing them the famous spots that he had already seen countless times, while being the ultimate tour guide that he is. Since then, he has done it repeatedly with more of my friends and other guests that have visited Seattle. On my most recent trip to Seattle, a couple of months ago, he was especially excited to show one of our friends around the city. “Dude, every single time Santhosh has come to Seattle, he has only seen the inside of apartments, restaurants and bars. I’m so excited to finally take him around and show him what the city is actually about”, I recall him saying. It’s not that Krishna loved going to these parks and landmarks all the time; he just loved experiencing the same wonder and appreciation for the city in his guests, that he once felt himself.

Krishna is an incredibly unique friend. He can make me laugh and entertain me. He can always teach me something new, even in the shortest interaction. Most importantly though, I know he’s always there, watching out for me and the others around him. If your day is smooth, it’s likely Krishna had something to do with it.

Finally, here are some pictures of Krishna that I have not shared till today. Krishna when he was obsessed with the Windows phone image filtering app “Lomogram”. He got a Nexus shortly after this and stopped using it 🙁 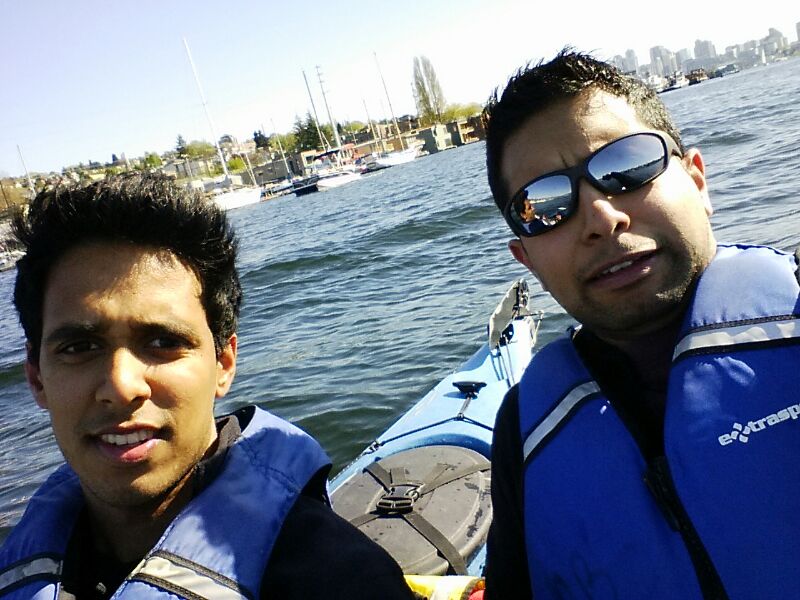 Krishna and I kayaking in Lake Union. 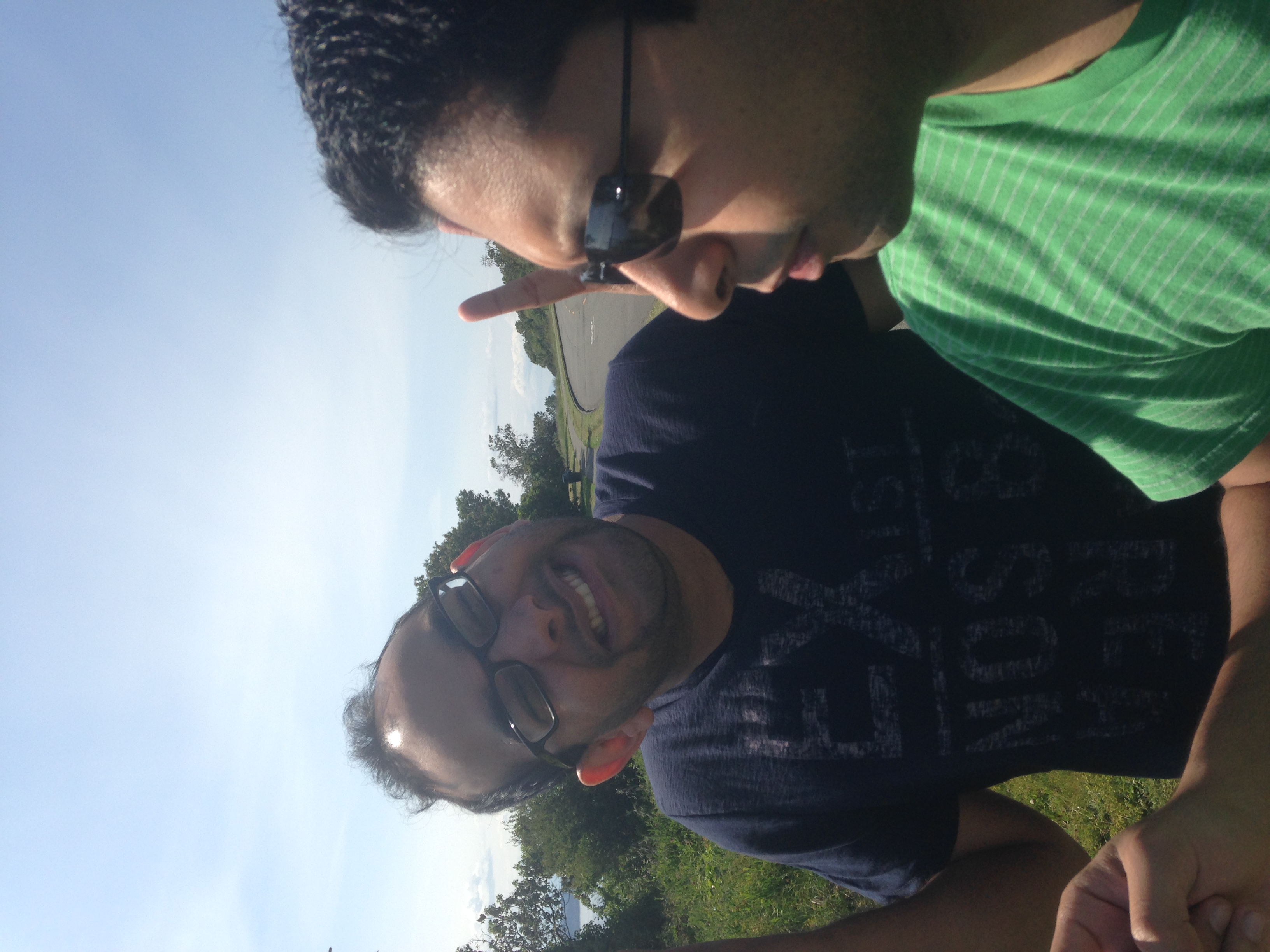 Krishna taking his friends on one of his signature drives around Seattle to give us stunning views of the city and Mount Rainier. A rare photo of Krishna sleeping. He’s not going to be happy when he sees this.” 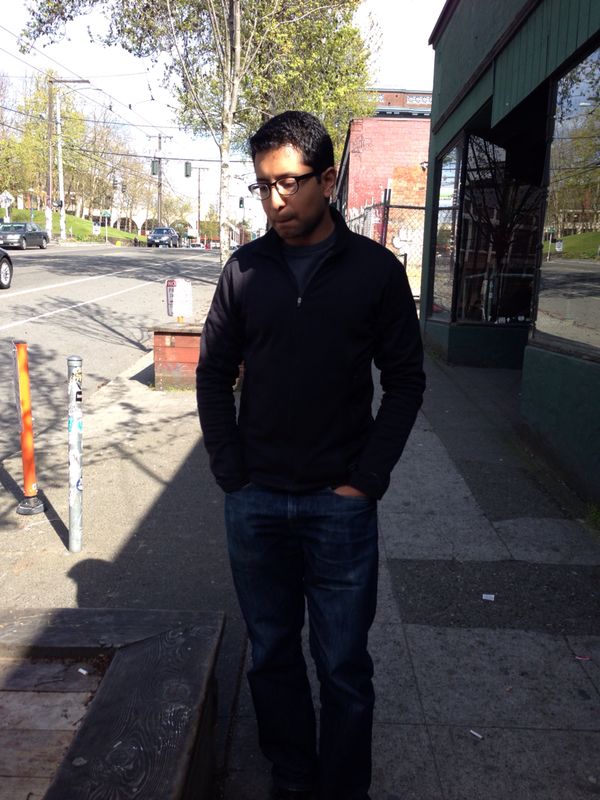 Krishna after after playing several games of Dixit at the game cafe next to his house.

Get Notified of New Posts